Wow! What a time we are living in.

The impacts of COVID-19 on New Zealand and the world have been on a scale only seen in blockbuster movies. Never in my life did I imagine we would see countries shutting their borders and telling their people to go into a nationwide “lockdown”.

Wouldn’t you just love to be a fly on the wall listening to one of those American ‘Preppers’ who have been hoarding food and ammunition as they tell anyone who would listen about the impending “apocalypse”…?

At the time of writing, we are mere hours away from our enforced lockdown in NZ.

It’s a mixed mood out there.

There are some who seem quite relaxed (or in my nephew’s case genuinely stoked!) about being forced to stay home from school or work for at least the next month. They have their screens and lego, or home work stations and gardens to tend.

Others seem genuinely panicked as they rush to the supermarket to stock up on toilet paper (I wonder what those in the East think about that?) and wet wipes (don’t flush them!) and all those other essential items for a lockdown (wine, cheese, chocolate).

And of course, there are those who feel genuine fear for themselves or someone they love who are at extreme risk due to underlying health complications. These are the people who can only sit and hope their fellow citizens take the steps to stop the spread of this life-changing virus.

Although its hit many already, the negative economic impacts of this global pandemic are going to get a whole lot worse. Despite the best efforts by our government (and others around the world) to “cushion the blow” with the, so far, $15+ billion they have made available to keep the economy functioning, there is a general consensus that the NZ economy will fall into a recession with some even talking about a depression.

I’m no economist (I prefer fact over fiction) but I know this means thousands of job losses and thousands of people having their lives turned upside down due to financial ruin.

But we don’t have to have our prosperity tied to the failings of the global economy. An economy that exploits the planet and has made the wealth gap so massive that eight men hold the equivalent wealth of 3.6 billion people. (Oxfam). That has undoubtedly changed recently with the financial impacts of COVID-19 but that is half the worlds population vs EIGHT men. That is a broken system!

And what an opportunity we have to build a better one.

As we look forward beyond the immediate dangers of COVID-19 and we start to think about how we at first survive the economic crash, then how we progress from our learnings to build a more resilient, more equitable, and naturally regenerative economy I would like to bring to the conversation the concept of Local Currencies.

I am no expert on Local Currencies but from the reading I’ve done, I think they will play a very important role in all of our futures.

So as the recession (or depression) really takes bite in New Zeland over the coming months, and many people are without work and without the ability to trade their goods or services and earn a living, I think local currencies will play a crucial role in our economic recovery and ensure the health and well being of our various communities.

Yes, our government provides social welfare for those without work but a job is far more than just earning money. There is a copious amount of research to show that a job has a huge impact on an individuals well being. It gives them a sense of control, of connection, of purpose, and of belonging. And a local currency will allow them to work and still receive the benefit. (That may change).

Of course, they will still need the NZD. Large companies such as telecommunications, electricity, supermarkets, and big oil are very unlikely to accept a local currency. It will have no value to their shareholders (unless they live locally). A local currency acts as a complementary currency to a national currency, rather than replacing it. (Wikipedia).

According to a founder of one of the best known local currencies, the Brixton Pound, 93% of the annual spend on food in the borough of Lambeth is spent at one of the 29 supermarkets. The remaining 7% is shared amongst “the many hundreds of other small businesses.” The problem with that, he points out, is that the money spent at those supermarket chains doesn’t stay local. “Around 85% of every pound that you spend in a chain or a supermarket….immediately leaves the area. It basically ends up in shareholders pockets, head office, and it goes into long supply chains. Because of course, big chains don’t source anything locally.” 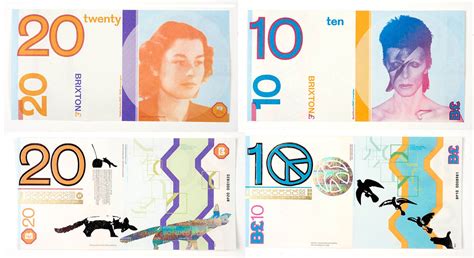 Think of a local currency like this. I need help moving my furniture and in return, I mow your lawns. That’s a trade of services. But what if you don’t have a lawn, or you don’t need my help in return at all? Or what if I need your help for far more hours than you need mine? That’s when I can pay you instead. But I lost my job and am broke. I need my NZD to pay my rent and my bills to survive. But I have money that is in my local currency that I earnt from mowing other peoples lawns. This would allow me to employ you to help me, and you to trade with others in the community who accept the local currency.

This is how all currencies work after all. They are simply systems that allow for the exchange of value by using an agreed-upon and trusted (this is crucial) store of value, aka money.

It’s exactly the same for the local currencies.

The trust factor is critical. And the key to that is getting enough business and individuals, and crucially enough variety of goods and service, accepting the currency. If you can only pay for your hair cut and a loaf of bread with the local currency the value won’t be very high. However, if you can use your local currency to pay for food, drink, massages, personal training, hair cuts, guitar lessons, plumbing, training courses and so on you will be far more willing to have more of your “wealth” in that local currency.

It’s important to point out that a local currency doesn’t have to be in the form of notes or hard cash. The Brixton Pound has a text system whereby a buyer will text their purchase to a specified number. The exchange is recorded on a central system and the seller is sent a text confirming the transaction is completed and the local currency is now in their “account”.

Moblie or Phone Banking has been a huge success in Africa where many don’t have a bank account. In Kenya alone, M-Pesa processes over 1.7 billion transactions a year which accounts for more than 50% of Kenya’s GDP. (Forbes) 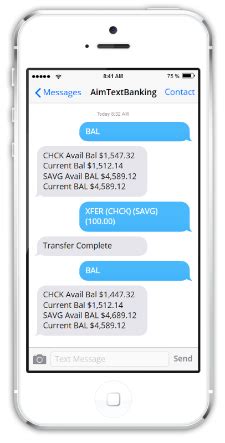 There is still a lot about setting about a local currency I don’t yet understand (e.g how much do you start with, or how much is added to the currency each time a new business joins?) but I have no doubt that can be worked out by others far smarter than me.

My motivation for this post is not to launch a local currency but to ensure that local currencies are part of the conversations when we turn our attention to repairing our broken economy. And more than anything I want to give a sense of hope and possibility to those who are faced with job loses and potentially long periods of unemployment. Just because you’re not earning New Zealand Dollars doesn’t mean you can’t contribute to, or trade with others, in your community.

There are also other currency models out there such as time banking and of course the old fashion Barter. But this blog is long enough. We can visit those another time.

Stay safe out there, be kind to others, break the chain, and start thinking about the sustainable future. We are all in this together.

Thanks for reading, and if you are interested in talking about local currencies please get in touch.