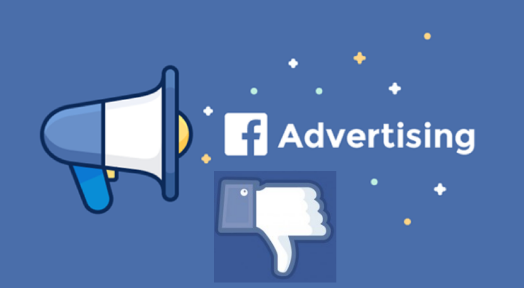 After much reflection and consideration, we have decided to no longer pay for any advertising through Facebook, Instagram, or any Facebook-owned platform. Our content will only be shared amongst those who follow our accounts.

The corporate behaviour of Facebook, and other social media platforms, has been on our minds for some time. Today we take a small stand against this hugely influential global conglomerate. Facebook has, in our view, reached so far out of its depth and is woefully mismanaging its self-conferred responsibility to prevent hate-speech, lies, and deliberate misinformation. We can no longer morally support this business in the way of advertising dollars.

Other than seeing first-hand the huge increase in the stupidity being circulated on Facebook’s platforms in the way of conspiracy theories and completely false reports, three documentaries have really highlighted to us why Facebook has become more harmful than beneficial to our society.

The Great Hack follows the very public story of the abuse of personal data by Cambridge Analytica and their clients, most notably the “Leave Campaign” in the UK and the Trump Campaign in the USA. Highly recommended, if you or anyone you know use Facebook.

A very recent release, The Social Dilemma, interviews former employees from Facebook, Instagram, Twitter, Google, and others who clearly explain how a business mindset of ‘profit at all costs’, artificial intelligence, smartphones, and human psychology have all coalesced to create a perfect storm in which these social media networks keep people on their platforms, at all costs. Even if that means deliberately showing them hateful or fake content.

The impact of these social media platforms, dominated by Facebook, is that we now live in a world where people outspokenly believe that the global pandemic is a hoax, immunisations are bad for your health, and planet Earth is flat.

Behind The Curve documents the community of people who truly “believe” we live on a flat planet while focussing on two of their biggest “stars”. It’s a fascinating watch that highlights just how fundamental a sense of belonging to a group or community is to being human.

We have also been inspired by the announcement that “more than 40 major brands across a variety of industries, including Coca-Cola, Starbucks, Unilever, Verizon, Ford, Ben & Jerry’s, Denny’s, and The North Face have halted their paid advertising on Facebook – some of them just for the month of July”.

Social media activists Sleeping Giants has been tracking the companies that have joined – read the full list here: at the time of writing, there were 1,118.

We acknowledge that stopping paid advertising on Facebook’s platforms is far easier for a business such as ourselves, and want to make it known we do not pass judgement on any other business who continue to do so. We understand that these social media platforms are hugely important to the viability of many New Zealand businesses. But we do hope this sparks a conversation in your workplace.

When these platforms start to erode people’s beliefs in the facts that our societies are built on, and incite hate, division and violence, we cannot stand aside and watch.

We acknowledge that despite all of its flaws, social media still provides so much good to our society. Connecting with old friends, keeping businesses accountable, facilitating small businesses, accessing politicians (some may disagree that that’s a ‘good’…), and the sharing of stories and news that would not be covered by traditional media. For this reason, we are not removing ourselves from these platforms completely, although we have not ruled this out in the future should their performances not improve.

As business people and human beings working to create a circular, regenerative, and inclusive future for all, we have different levers that we can pull to influence and generate positive impacts. We need every business to understand what those levers are and when and how to pull them. Not paying for advertising on Facebook’s platforms is one lever we at Go Well can pull today, very easily.

Although we agree with the demands made by the Stop Hate For Profit campaign towards Facebook, outlined below, we also want to see the Facebook conglomerate broken up into far smaller businesses with accountable governance structures put in place.

The Stop Hate for Profit coalition is demanding that Facebook adopt the following changes:

Remove Facebook Groups and other specific content promoting white supremacy, militia, hate, and violent conspiracies;
Increase resources focused on monitoring groups for hate speech and violence;
Change platform policy to forbid any event page with a call to arms, as recommended by the Change the Terms coalition; and
Commit 5% of their annual revenue to an independently administered fund to support initiatives, research, and organizations doing the work to fight against racism, hate and division enabled in part by Facebook’s inaction

Ensure accuracy in political and voting matters by eliminating the politician exemption;
Remove misinformation related to voting that has been debunked by credible fact-checkers;
Prohibit calls to violence by politicians in any format.

The Facebook empire is beginning to crumble and we hope to see the end of hate, lies, and division online as soon as possible.