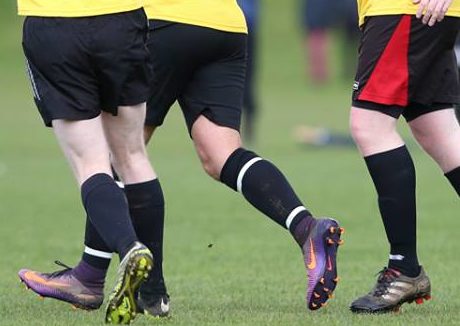 Electrical Tape is a commonly used material in the sport of football for the purpose of
holding a players shin-guards in place, and/or holding their socks up. Each and every
use is for the duration of a football game only (usually 90 minutes), after which it is
either discarded onto the playing field, left behind in changing rooms, or placed into
the nearest bin.

The tape is unrecyclable and will remain inert in a landfill. The tape left exposed to the
environment will contribute to the massive global plastic pollution crisis.

We collected the tape used by 3 senior teams at Ellerslie AFC after their games,
measured the amount of tape they used, and divided that across how many players
used tape in that team. This provided us with an average length of tape used per
player who uses tape. We then ran a Facebook Poll on the Ellerslie Managers/Coaches Facebook page asking how many of teams used tape and how many players in each team used it.

We found that around 37.5% of Ellerslie AFC senior players wear electrical tape and
collectively use a total of 228 metres each game day, or 4107 metres each season.
That’s enough to go around the Ellerslie AFC number one pitch 11 times.